Sinigang is a Filipino dish of tamarind broth (and vegetables) with either pork, beef, shrimp, fish, and even chicken. Sinigang na Hipon is the shrimp version. A sour broth with shrimp, the closest one might think of is probably the Thai soup Tom Yum Goong, which is close, but very different because of their love of herbs, and that that’s made sour by lime juice.

I love sinigang and I love shrimps, but that doesn’t always equal to I love Sinigang na Hipon. For one, I feel like it’s so basic. I have not had a mindblowing Sinigang na Hipon. If you read most recipes, it’s just mostly boil this, add that, serve…which makes for an uninterestingly, very common outcome.

If you order from restaurants, it almost always tastes like three separate items put together:

And that sucks because an order of Sinigang na Hipon would usually cost you upwards of 300 pesos, for a mere five pieces of shrimp in it! 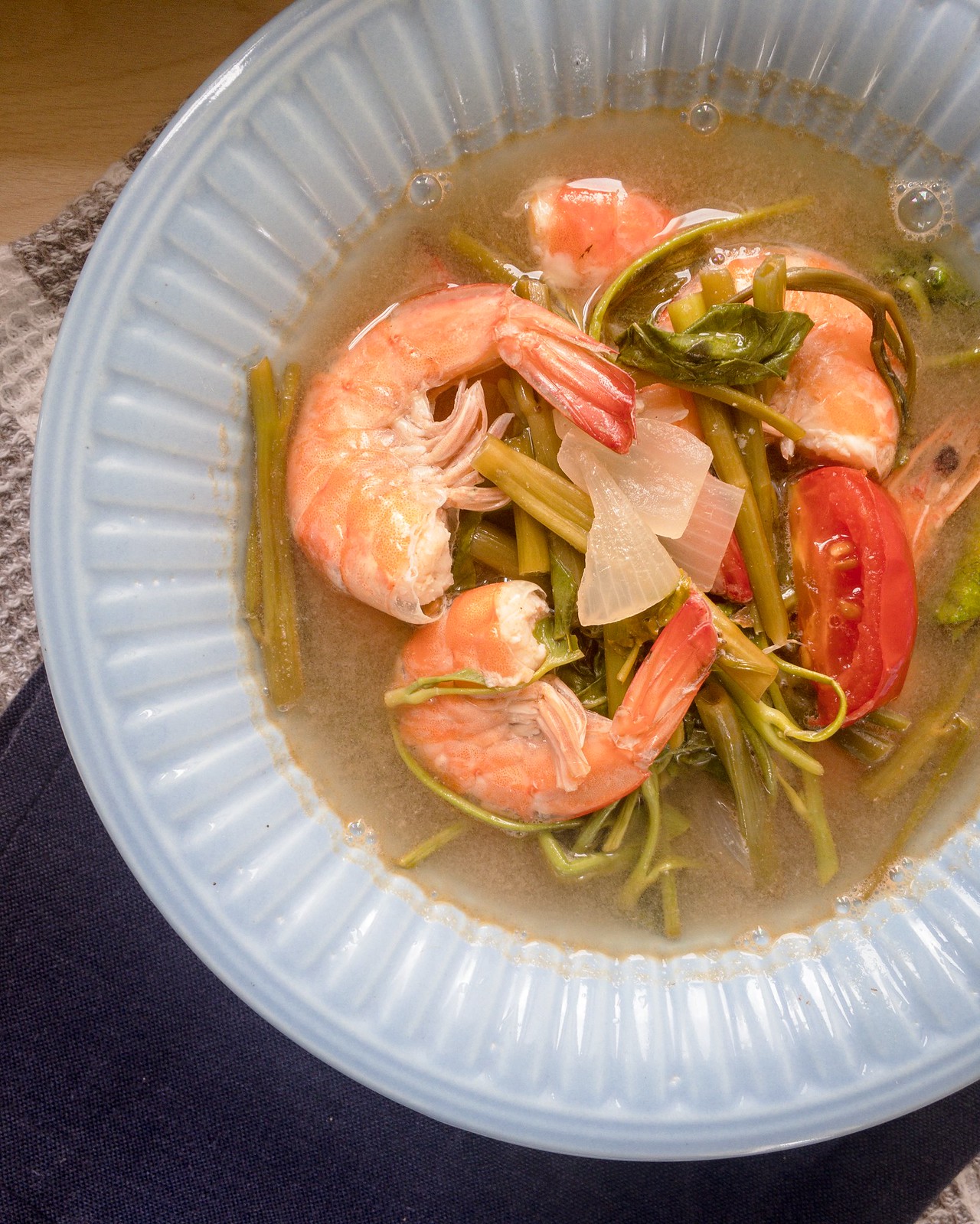 Nevertheless, I still wanted to make one because it was easy, and also that I miss sinigang but didn’t want to have pork. In my head, I wanted to achieve three things:

I thought about the second and third goals, and realized that these two contradict each other when it comes to cooking time. Shrimps cook in a matter of minutes, yet a flavorful broth requires simmering ’til all the flavors come out.

Most of the sinigang na hipon recipes will boil onions and everything else, and leave adding shrimp (with head on) at the last minute, therefore just getting heavy on the tamarind broth and lacking in shrimp taste.

I need to make shrimp stock.

One of the things Filipino homecooks aren’t used to is making stock. We don’t have the habit of saving carcasses, boiling them, and storing stock in the fridge.

I seriously felt like a genius. But maybe it’s just me, adulting.

For this recipe, I beheaded (ow, that sounds gory) the shrimps, and made shrimp stock before it became sinigang. My husband won’t believe me that I didn’t put any shrimp bouillon cube! I also blanched my kangkong because I really hate them turning mushy and lifeless in soups.

I lessened the sourness compared to how I’d usually make it, and it brought out the sweetness of the shrimps. Hope you like it! 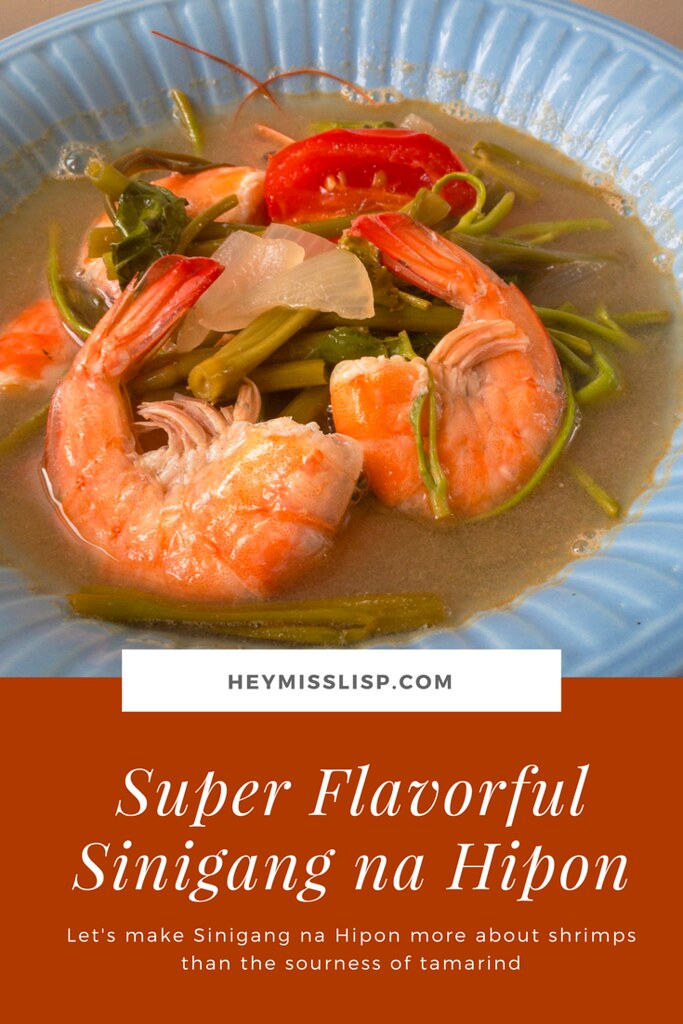 If you like radishes in your sinigang, add and cook with your soup base. Some also like it with sitaw and okra. Add if you like 🙂

One thought on “Sinigang na Hipon (Shrimp in Tamarind Broth)”