It was so weird for me to be browsing through Pinterest, seeing recipes that say Shrimp Boil Foil Bake / Grill and yet nothing in the procedure required any boiling. So Google it is. I learned that this dish comes from the widely popular Louisiana traditional seafood boil. They use crawfish, lobsters, and other kinds of seafood. Throw everything in a boiling pot of water, season it with paprika, cayenne pepper, lemons, and more. Add sausages, ears of corn, potatoes, onions, garlic. Oh my gosh, why have I never been to Louisiana? I’d really want to visit some day. 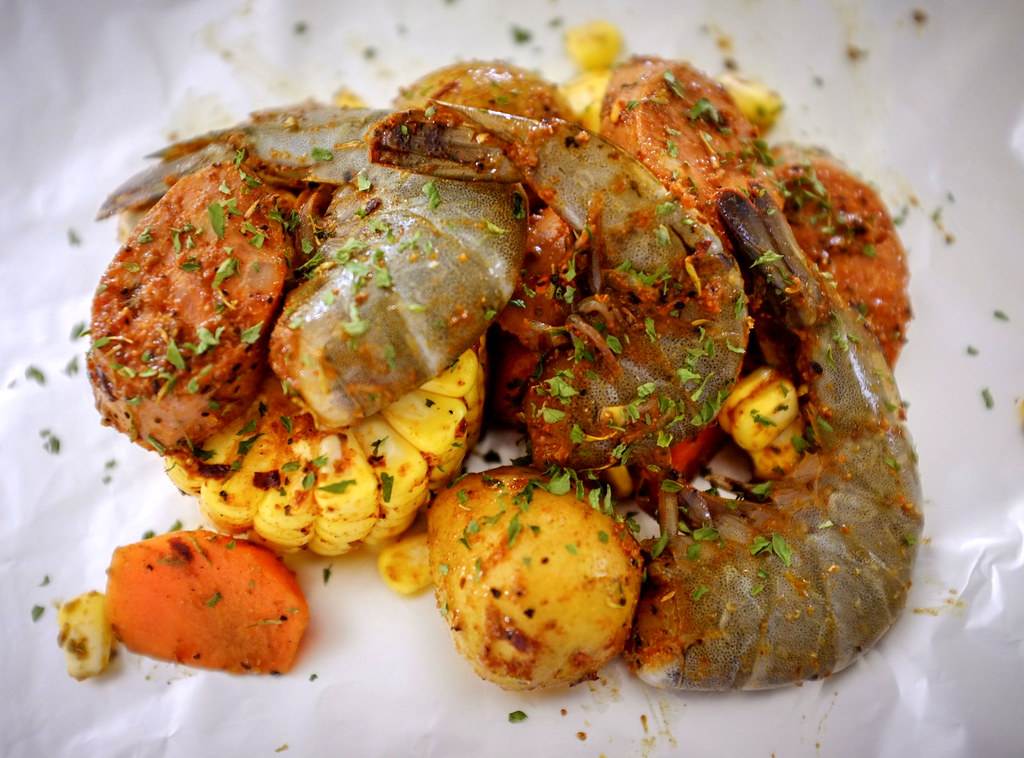 The best thing about this recipe is it gives you so much room to play with. I’m thinking you could probably add anything to it, mix it in with the seasonings and still get an awesome dish. The recipes I thumbed through had Andouille sausage–which I’ve never heard of–so I subbed Hungarian Sausage for my attempt, and still worked well!

Now about the seasoning. Most of the recipes called for Old Bay Seasoning which was a bit hard to find here in Manila, but I did find one in Market Market for about P700. Sheesh. I wasn’t prepared to pay that much for seasoning alone. I mean, for that price I could’ve gone to the restaurants and ordered a pound of shrimps in a bag. With sausages. And corn.

Instead, I used The Good Chef’s Cajun Rub. I’ve used several of their rubs before, like when I bake chicken for salad (as on this recipe), or pork, but I’ve never really tried it on seafood. But Cajun and Louisiana go together, so why not?

One thing to note: I never really knew how difficult it was to cut an ear of corn. I have sliced three parts before I gave up. Shredded the rest and mixed it in. Haha!

I’m pretty convinced you can make one foil pack of this instead of portioning it, but it was so much fun to open up a packet for each person! Well OK so I only opened two, one for me and one for A, but I did make another portion for our housemate! Another plus point for this recipe was that I could pre-mix everything, portion it and store it in the freezer.

I’m sure I’ll make this again! For sure you would too! Don’t forget, you can pin this for later 🙂 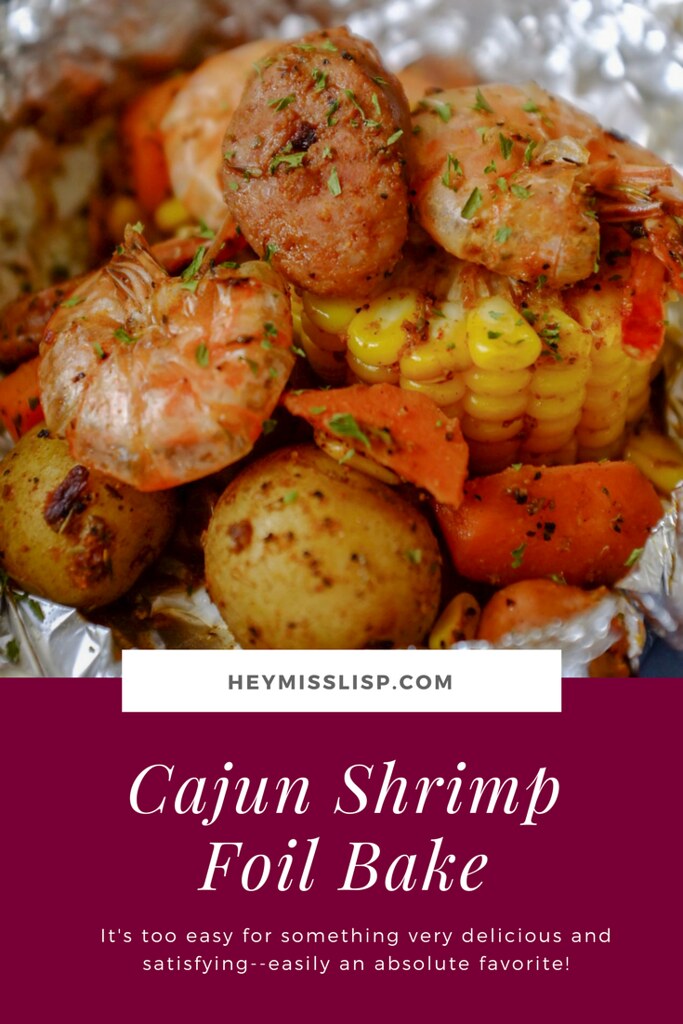 You can also make this recipe by grilling the foil packets over high heat.

This post is NOT sponsored by The Good Chef.

This post contains affiliate link/s that will NEVER affect my views and opinions. It only means that if you click and buy, a small portion of that sale will help me fund this blog–at NO additional cost to you. Read full disclaimer here. Thank you for your support.