I had/have a thing with texture so I didn’t really like mushy things like steamed fish, for example. Nor fruits like papaya, avocado, and similarly textured others. Growing up, I’d only really want fried fish, and feel like anything else was a disrespect to the fish. (I now know that’s not true!)

I grew up in a small fishing town called Navotas, now a city, which despite being in Metro Manila is not a place most ‘city’ folks would have been to. We have fish ports. My dad has a lot of things he likes doing with fish, especially grilling it in foil. Any fish in foil would remind me of our backyard and how the fish would either turn out really well, or that it stuck to the foil! Haha!

This easy Pinaputok na Tilapia yields a healthy option which can be eaten on its own or just with a side of veggies, and is a No-rice Diet friendly recipe! 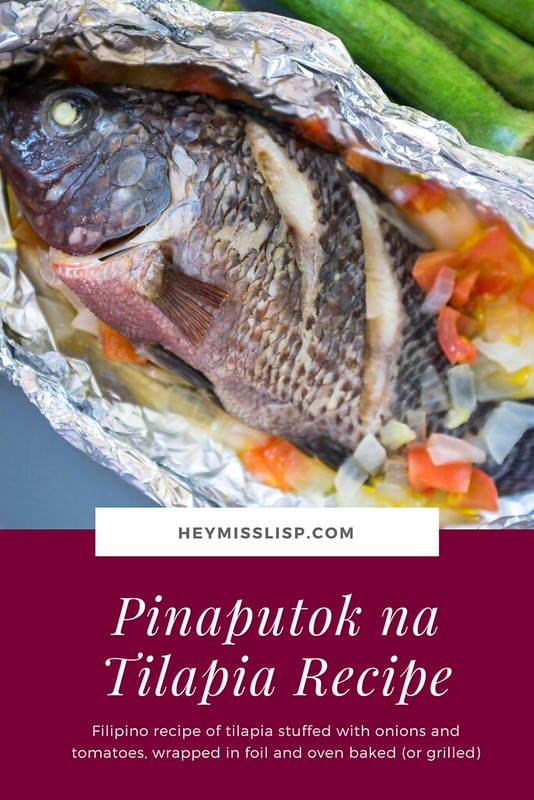