A week back, I had a disastrous attempt at baking fish, specifically Cream Dory. It was honestly the cheapest fillet I could find, so I thought, why not. Well, it was awful. It didn’t keep its shape, its texture was like some slimy watered-down fish (not that that makes sense), not to mention half of the frozen portion was just water.

So I asked for suggestions on Instagram, and I received generous replies, both on comments and through direct messages. As soon as I got to the grocery the following weekend, I tried to find them fishes.

The other day I baked cream dory with lemon-butter-garlic-rosemary. It was probably the sloppiest baked fish ever. Hope to find better fillets next time. I almost always only see salmon and tuna and this. Any suggestions?

Gosh, most were not sourced locally so those were expensive. Like, a pound or so of frozen Gindara was about P1000+ (US$20~), and so were Bacalao and some cod fish. My mental budget per homecooked meal is about P200, and I only go for about P400 (<US$10) if I’m using salmon.

I mean, I would spend about P800-1,000 to dine at a good restaurant, but I can’t seem to wrap my head around paying that much and still do the cooking!

The cheapest I could find was tanigue (based on Google, this is some kind of Spanish mackerel fish) which they also offered fresh, because we have it locally. Still, I got two pieces tanigue (fish steak cut) for over P350.

Decided to give it a try with almost the same mixture as what I did with the Cream Dory, and it turned out wonderful. When cooked right, it was meaty and yet juicy, probably similar to that of a chicken drumstick. 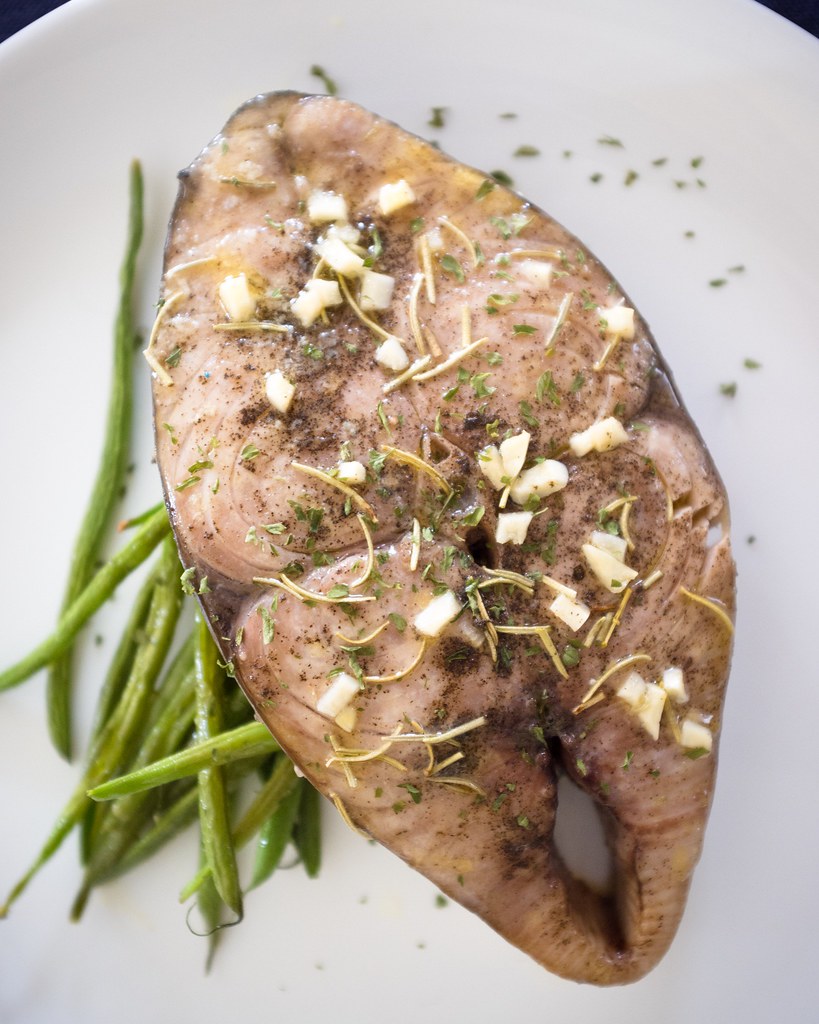 I would say this is a good choice if you want a light, simple fish meal, nothing too elaborate. And best of all, you can have this without rice if you’re on a low-carb diet (or now that it’s Lenten Season, in some form of fasting and abstinence).

Since we need veggies in our plate, I simply added french beans on the baking pan, around the fish, seasoned it with salt, and baked them together. A doesn’t like buttered vegetables with buttered fish, as it’s too greasy / oily. It looked overcooked and wilted when it came out, but surprisingly still crunchy. Looks can be deceiving! 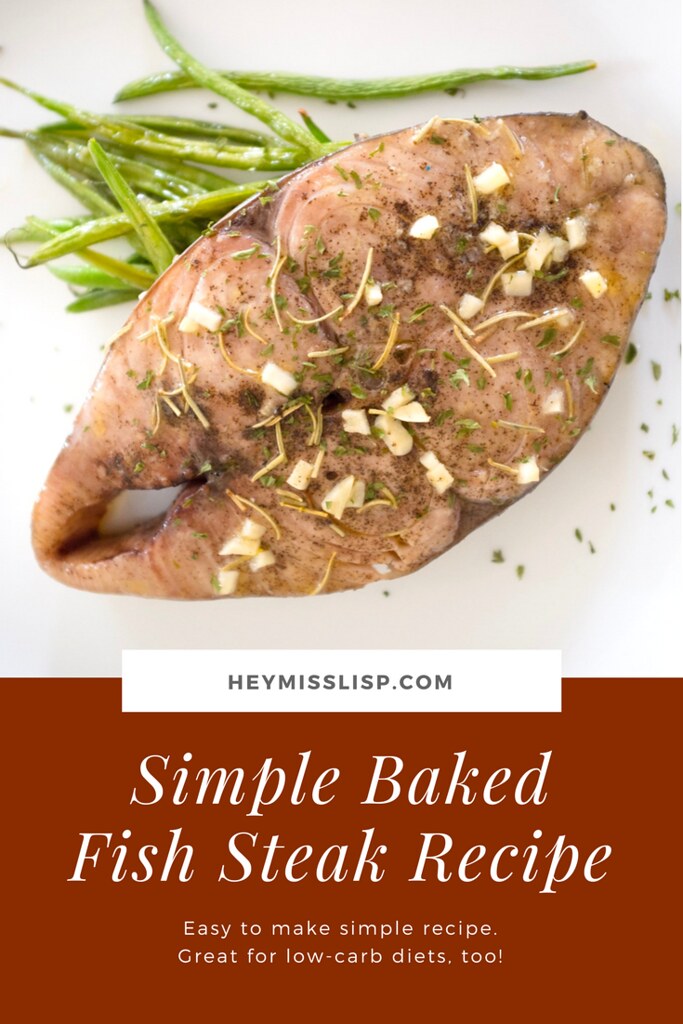