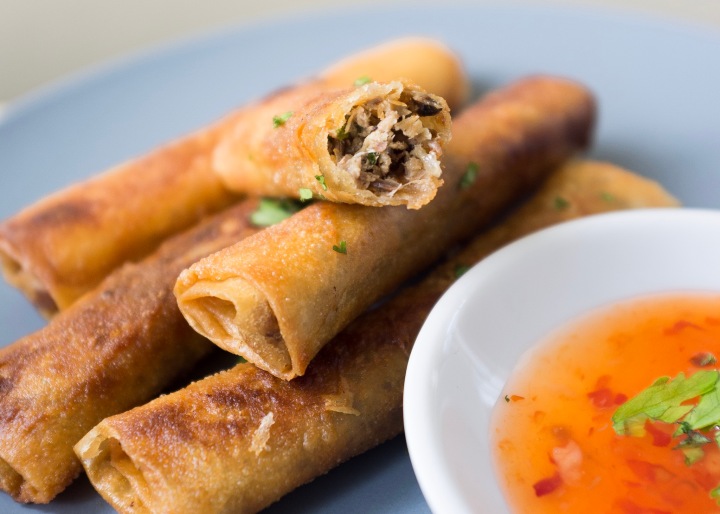 Lumpia came from the Chinese, which are spring rolls that usually contain meat, vegetables and sometimes noodles. In the Philippines, we have different types of fried (and fresh) lumpia. The most common is Lumpiang Shanghai, filled usually with minced pork. Isda is the Tagalog word for fish, therefore “Lumpiang Isda” translates to Fish Rolls.

My mom used to make these fish rolls using galunggong–in English it seems to be some sort of scad–and I really never knew how tedious this was. While it is cost effective (a.k.a. cheap), making it from scratch will easily take a couple of hours of your time! And it will be gone in fifteen minutes! END_OF_DOCUMENT_TOKEN_TO_BE_REPLACED 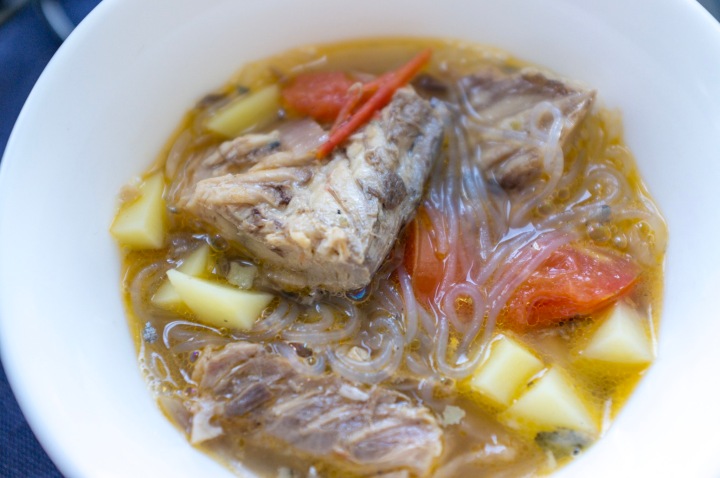 When I was younger, I really didn’t like this dish. My mom made these with misua (some thin salted wheat noodles) which always ended up too starchy for me. I also never got why it was called ‘salmon’ (pronounced SAL-mon, instead of samən) when it’s Not. Even. Salmon. It’s mackerel.

The most popular brand was Hokkaido–some argue that this is Hekkaido, with an e. My husband and I think that the brand Hokkaido used to all just be the Pink Salmon variety, hence homecooks called it “salmon,” but maybe some time later the mackerel was introduced. It was most likely much cheaper than pink salmon and made its way to Filipino homes, but got stuck with the name! Well, that’s our theory.  END_OF_DOCUMENT_TOKEN_TO_BE_REPLACED 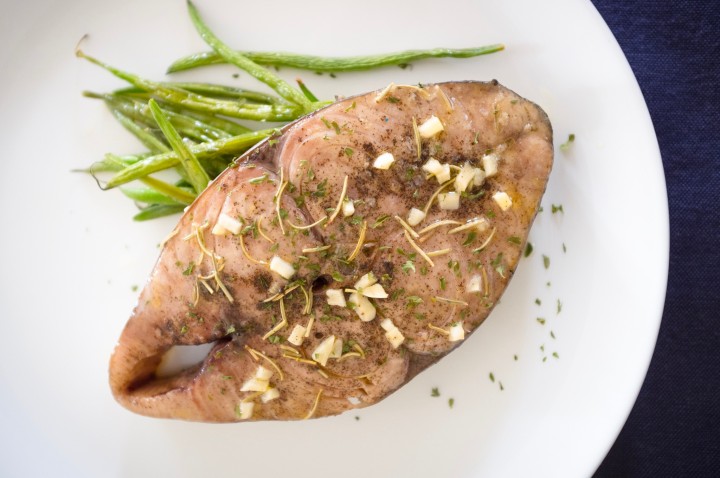 A week back, I had a disastrous attempt at baking fish, specifically Cream Dory. It was honestly the cheapest fillet I could find, so I thought, why not. Well, it was awful. END_OF_DOCUMENT_TOKEN_TO_BE_REPLACED 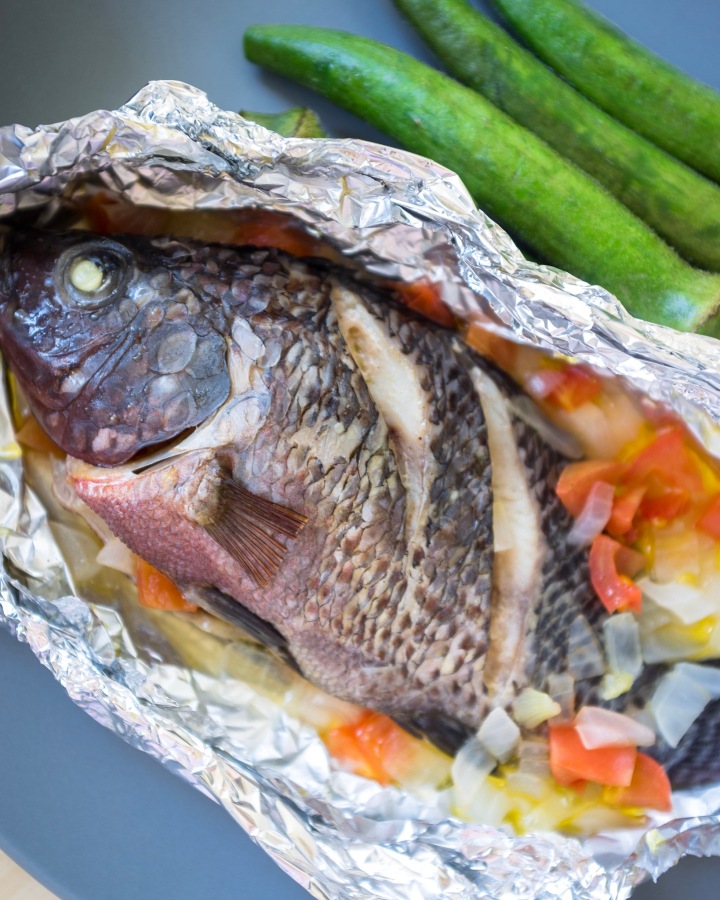 END_OF_DOCUMENT_TOKEN_TO_BE_REPLACED

It was so weird for me to be browsing through Pinterest, seeing recipes that say Shrimp Boil Foil Bake / Grill and yet nothing in the procedure required any boiling. So Google it is. I learned that this dish comes from the widely popular Louisiana traditional seafood boil. They use crawfish, lobsters, and other kinds of seafood. Throw everything in a boiling pot of water, season it with paprika, cayenne pepper, lemons, and more. Add sausages, ears of corn, potatoes, onions, garlic. Oh my gosh, why have I never been to Louisiana? I’d really want to visit some day. END_OF_DOCUMENT_TOKEN_TO_BE_REPLACED 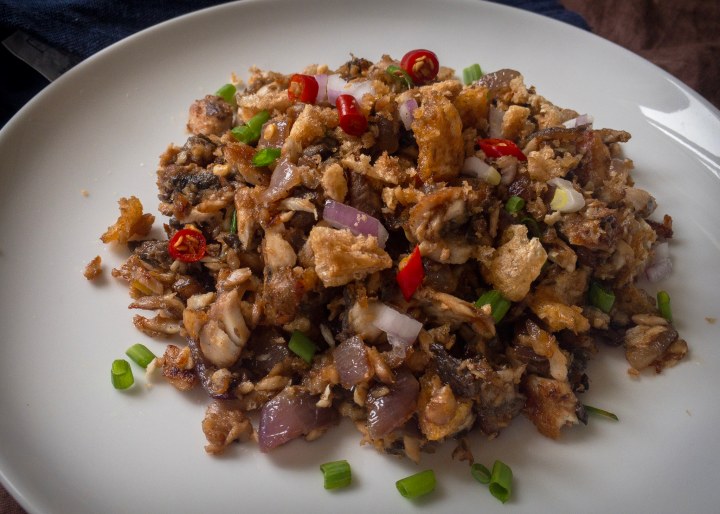 Sisig is considered the perfect beer match. It’s usually made of liver, pig ears, and probably unimaginable things–all chopped and mixed (so you don’t actually know what you’re getting), cooked on a greasy hotplate and is sometimes topped with egg. Add a few drops of calamansi, crush a siling labuyo (bird’s eye chili) for a spicy kick, and voila–you got the ultimate pulutan.

Just like adobo, versions abound everywhere, and of course it eventually made it a staple offer in most Filipino restaurants. While the common ingredients ain’t healthy, try making it with tuna, or bangus (milkfish) and you’ve got a delicious easy-to-eat meal! END_OF_DOCUMENT_TOKEN_TO_BE_REPLACED 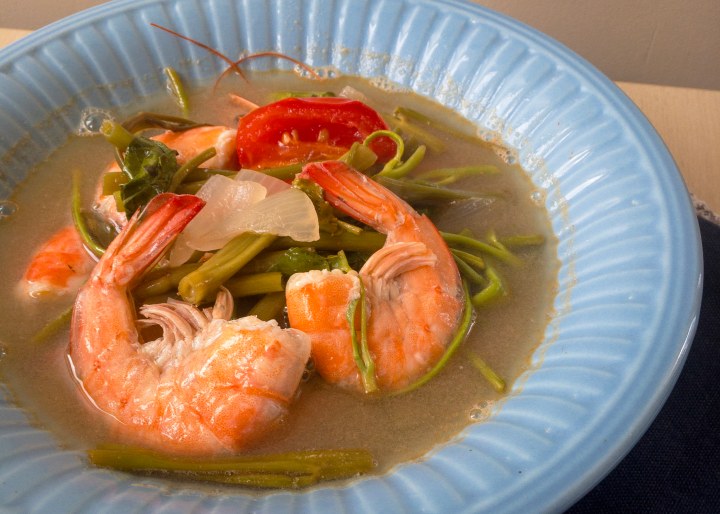 Sinigang is a Filipino dish of tamarind broth (and vegetables) with either pork, beef, shrimp, fish, and even chicken. Sinigang na Hipon is the shrimp version. A sour broth with shrimp, the closest one might think of is probably the Thai soup Tom Yum Goong, which is close, but very different because of their love of herbs, and that that’s made sour by lime juice.

I love sinigang and I love shrimps, but that doesn’t always equal to I love Sinigang na Hipon. For one, I feel like it’s so basic. I have not had a mindblowing Sinigang na Hipon. If you read most recipes, it’s just mostly boil this, add that, serve…which makes for an uninterestingly, very common outcome. END_OF_DOCUMENT_TOKEN_TO_BE_REPLACED